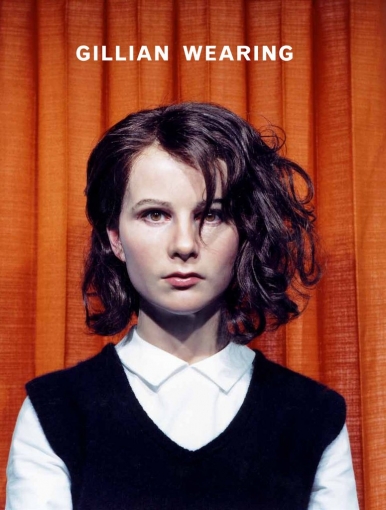 Gillian Wearing’s work explores the connection between public and private, fiction and reality, and the relationship between artist and viewer. Her performative photographs and films investigate the realm of personal confessions, private fantasies and traumas, often employing staging techniques from theatre or reality TV. She finds her subjects through personal ads and invites the participants to disguise their identities with various masks and costumes. Turning the camera on herself in a series of self-portraits, she transformed into her mother, her father and her brother. Recently she has created a family album of sorts presenting herself as some of her artistic mentors, including Diane Arbus, Robert Mapplethorpe and Andy Warhol. Questioning her own notions of identity as much as those of others, Wearing’s work presents an ongoing investigation of our social roles and how they are constituted.

This volume provides an overview of the artist’s work from the early, iconic photographs of Signs that say what you want them to say and not Signs that say what someone else wants you to say (1992–93), to her latest video Bully (2010). It includes never-before published archival material in addition to over 100 full-colour illustrations. Published on the occasion of Gillian Wearing’s exhibition in London, Düsseldorf and Munich, with essays by Daniel F. Herrmann, Doris Krystof, Bernhart Schwenk and David Deamer.

Published by Whitechapel Gallery and Ridinghouse