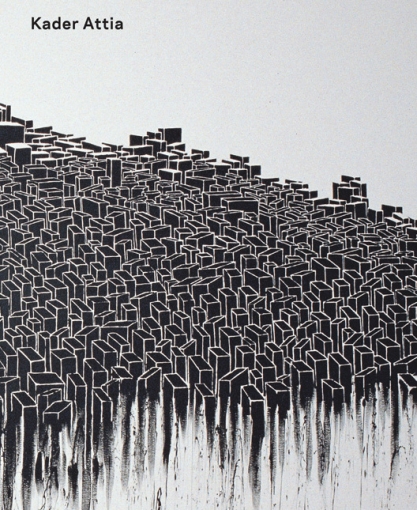 Kader Attia was born into the North African immigrant community of the banlieue, Paris's gritty suburbs. His work, which examines the tangle of identity conflicts that have contributed to recent political turmoil there, has been influenced by his European training, by two years in Congo, and by much beyond those two apparent extremes. It is rooted in the complex relations between East and West, and reflects their charged connections, where a scrambled home culture meets a seductive consumer culture. This first monograph includes his installations for the 2003 Venice Biennale and Art Basel Miami in 2004, along with video, photography and drawings. His most recent projects include the critically acclaimed "Flying Rats" of the Lyon Biennale 2005--a schoolyard enclosed in a cage, in which 45 children sculpted in grain were slowly eaten by 150 pigeons--and "Fortune Cookies," which saw an entire Chinese restaurant bought in Paris shipped back to its country of alleged origin. Edited by Yves Aupetitallot, Thierry Prat. Text by Jean-Louis Pradel, Tami Katz-Freiman.