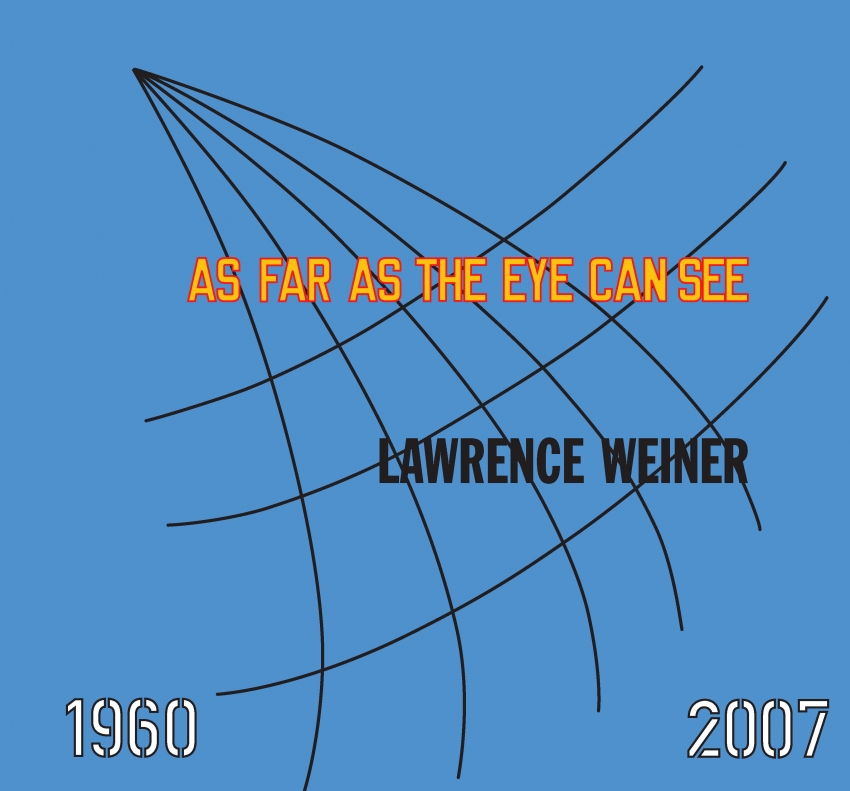 Lawrence Weiner (b. 1942) is one of the primary figures associated with the emergence of conceptual art in the 1960s. For over four decades, Weiner has defined art as a representation of relationships in the physical world—“the relationship of human beings to objects and objects to objects in relation to human beings.” This highly anticipated publication represents the full range of Weiner’s practice, from the early 1960s to the present, from his early paintings to his work in language, including works on paper, films, videos, books, and public commissions.

Weiner adopted language as his primary material in 1968. According to his landmark STATEMENT OF INTENT, an oft-quoted declaration first published in 1969, each work can be constructed by the artist, fabricated by someone else, or need not be built at all and simply presented in language. Weiner’s work is often manifested outside the gallery context—through postcards, billboards, lectures, or even on a series of cast-iron manhole covers for the city of New York.

This substantial publication, produced in conjunction with the artist’s first major retrospective in the United States and in close collaboration with the artist, constitutes Weiner’s largest monograph to date and brings together five esteemed scholars along with Turner Prize finalist Liam Gillick to examine the artist’s impact on the art world today.