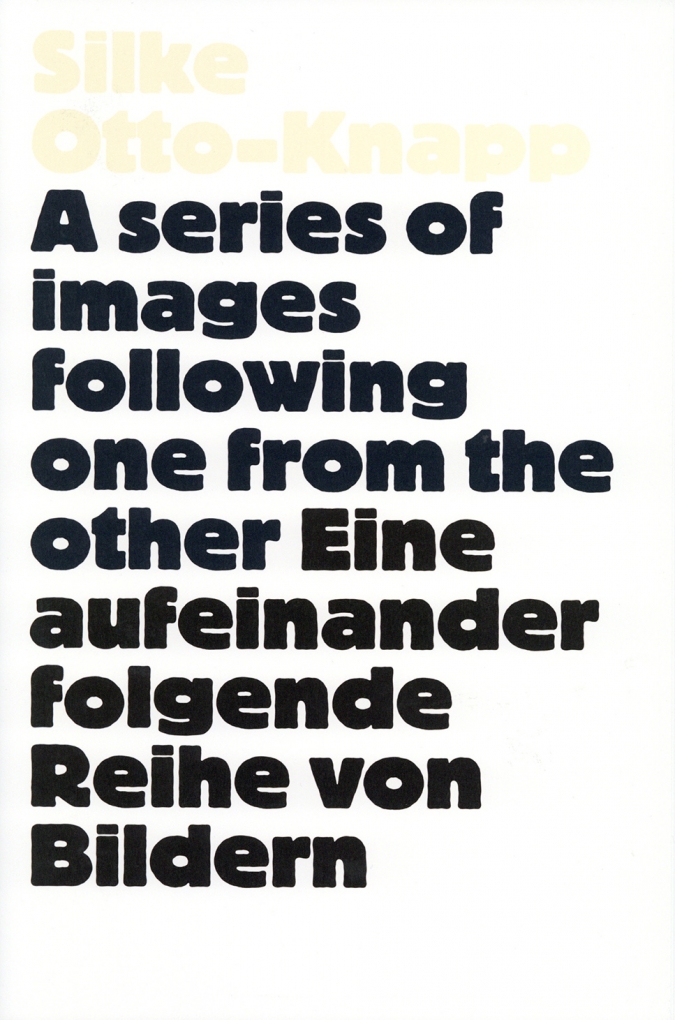 "A series of images following one from the other Eine aufeinander folgende Reihe von Bildern" is a dual-purpose artist's book made from ten unbound sheets of paper (each 29.7 x 40 cm), gloss on one side and matte on the other.

Published as part of "Liverpool Biennial 2018: Beautiful world, where are you?," this book contains a reproduction of artist Silke Otto-Knapp's frieze on view at Bluecoat in Liverpool, UK from July 14 – October 28, 2018, as well as a conversation with Liverpool Biennial 2018 co-curator Kitty Scott. The conversation is interspersed with a photograph of a 17.9 meter-long horizontal frieze built from thirteen of Silke's paintings reproduced on the matte side using a color calibration system developed by Maximage with two different blacks and an opaque white.

The frieze itself consists of eight portrait panels (each 140 x 105 cm) and five landscape panels (each 140 x 190cm) with motifs rendered in black watercolor that variously depict choreographed tableaux of large groups in formation and constellations of figures performing everyday actions like walking, running, and resting to form a perpetual sequence of events. It is designed to wrap around a particular gallery space at the Bluecoat in Liverpool, UK, but can be adapted to other architectural situations.

Comissioned by the Liverpool Biennial 2018

Published by Compagnia and Motto Books