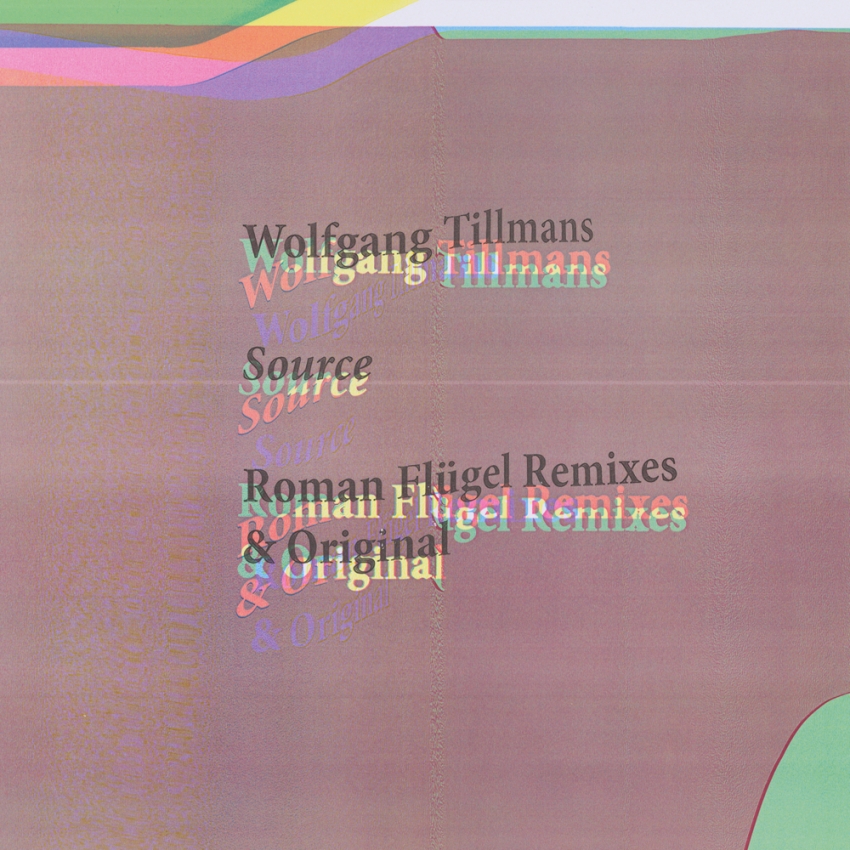 12" vinyl distributed by Word and Sound

'Source,' a new release by Wolfgang Tillmans, comes in an original version with two remixes by German producer Roman Flügel. The sixteen-minute original version is a vocal piece in which Tillmans explores his abilities to generate vocal sounds to tell a story while refraining from using actual words. Meshing six different sequences into one composition, each sequence investigates different moods and emotions meandering between the guttural, sacral, and absurd. Recorded in a studio session in 2017, the piece focuses on the immediacy of vocal improvisation as much as on its post-production and edit.

Tillmans knows that whatever is achieved through spontaneity can as easily be lost, as he recently told Emily Bicks in a feature for 'The Wire': I am, of course, always planning things ahead, and I am managing an archive of 25 years, and communicating in the now with dozens of contacts, but the fortunate thing that I feel I've retained is an ability to get in touch with this moment of being in the here and now, and seeing, or hearing, or allowing words or melodies to pop into my head in such moments.

The A-side and an additional bonus track are both remixes by German producer Roman Flügel. In a ten-minute remix, the multi-faceted producer stays true to the original's spontaneity and develops changing arrangements wherever Tillmans' vocals are creating momentum. Exploring various directions, Flügel's experience allows him to glide effortlessly through the different sequences. The bonus 909 Mix instead takes a tighter direction with claps and high-hats and builds up around Tillmans' staccato laughter before culminating in beautiful house piano chords.

The title may suggest a specific origin, a 'source' that is to be located, but in Tillmans' understanding it is a transient space abundant of undiscovered possibilities.