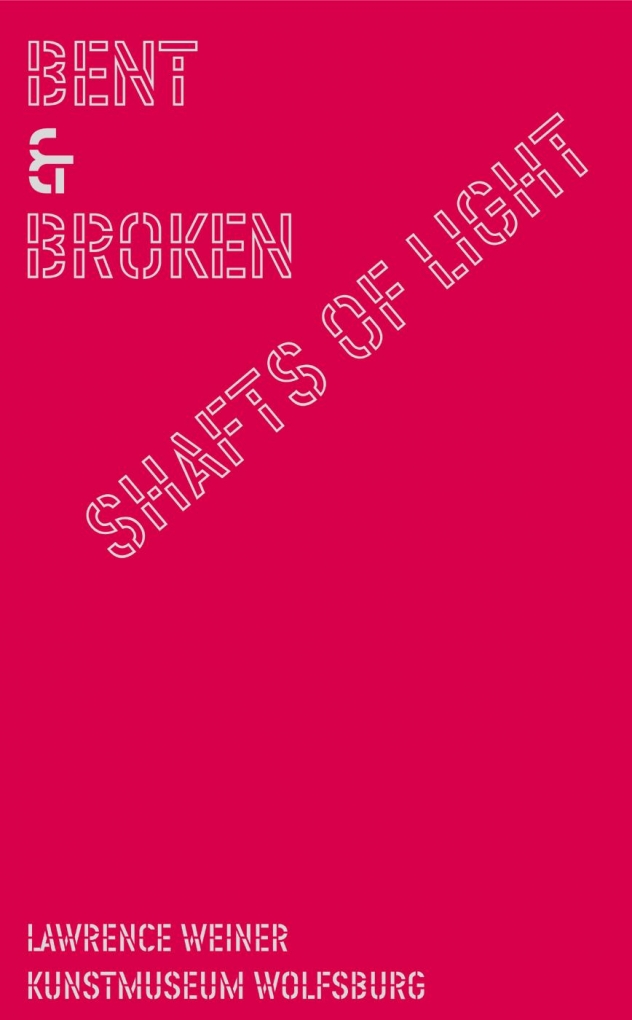 In the 1970s Lawrence Weiner started inscribing his works directly onto the walls of galleries and exhibition spaces. Before that he had already been sending out his work on invitations cards, publishing it in newspapers, or proliferating it on matchboxes. For the Kunstmuseum Wolfsburg Weiner conceived a work that deals with colours and the immateriality of light. He drew his inspiration from the play of the green, yellow, red and violet of the northern lights. Stripes in these colours were applied to each of the 40 x 16.5 metre walls. The white of the writing on these walls creates the effect of apertures, while the walls themselves seem almost transparent. Weiner's work does more than simply reflect a natural phenomenon: amongst other things "Bent & Broken Shafts of Light" generates a complex interplay of different levels of perception in the viewer reading the texts in the exhibition space. This artist's book devoted to Weiner's work shows all the walls realised for this project as well as earlier works both inside and outside in the open air.